Chapter 2: The Sage Becomes the Demon Lord of the Land of the Undeads (part 2)

The drawbridge leading into the castle was raised.
Before that stood soldiers in my way.
Using defensive magic, they prepared to hinder our approach.
They seemed intent on holding us back here.

Before the other side could make any moves, I released a fireball, blowing away their defensive magic.
The bone wolves set out as soon as the formation collapsed.
I annihilated the soldiers without any troubles.
If you are reading this anywhere other than Watashi wa Sugoi Desu, this chapter is stolen. Don’t let aggregators make money off you, enjoy ad-free novels at watashi wa sugoi desu (dot) com.
Our existences were not in the same league.
Even if I didn’t have a plan, I could easily decide the battle with brute force.

As a substitute for the raised drawbridge, the skeletons swarmed, forming a path to the other side.
It was the same as when they had formed a staircase at the Valley of the Dead.
I crossed the bone bridge and arrived in front of the castle.
I broke the closed gate with magic and impressively stepped inside the grounds.

From there on, the merciless trampling by the undead continued.
Easily beating the various units of mages deployed everywhere, I turned all into ghouls, not even sparing the elite Imperial Knights.
Thousands of undead went around the castle, increasing casualties.
Mayhem spread quickly, giving rise to a pandemonium akin too hell.

Meanwhile, I proceeded deep within the castle without hesitation.
It was a place I had visited many times in the past.
I knew its internal structure.

Soon, I arrived at the top floor of the castle.
There was a metal door in front of me, locked securely.
The whole floor comprised one room.

This was the king’s private room.
As I explored using perception magic, I found the master of the room holed inside.
He didn’t seem to have moved since my attack began.
He must have thought the soldiers would have resolved it while he hid in the castle.
That being the case, his chances were dim.

Even if he tried to escape, I was confident that I would not let him do so.
I had come all the way here, just to meet him again.
I would use any means to capture them.

I analyzed the mechanism of the door using the magic flowing out of it.
Many layers of barriers stretched across it by the means of magic tools.
There was also a trap that inflicted a curse on anyone who touched it without permission.
It was a little crafty, but a suitable arrangement for holing up in the castle.

I grabbed the barrier with both hands and tore it all in one stroke.
Along with a sound similar to glass cracking, the delicately refined technique collapsed.
My body absorbed the curse of the trap that activated immediately after.
The curse was absorbed by the miasma and rendered harmless.
If you are reading this anywhere other than Watashi wa Sugoi Desu, this chapter is stolen. Don’t let aggregators make money off you, enjoy ad-free novels at watashi wa sugoi desu (dot) com.
With the device that hindered me now removed, I easily knocked over the door.
Inside was a wide and luxurious room.
Furnishings with elaborate designs were placed inside, along with paintings and jewellery.

At the back of the room, was the king, who froze upon seeing me.
His red mantle and crown were unchanged.
However, he seemed older than in my memories.
There were now more wrinkles on the face, and his hair had considerably greyed.
But there was no doubt that he was the one I was looking for.

The king, who stood by the window, stared at me in resentment.

“You diabolic undead…what is it that you want?”

“Dwight Havelt. Do you remember this name? “

At my question, the king’s face turned pale.
He howled with an uneasy expression.

Judging from the words of the King, it seemed that ten years had passed since my execution.
I now had a grasp of the flow of time.
Not revealing my thoughts on my face, I continued to speak disinterestedly.

“I understand that you find it hard to believe. I am surprised too.”

Several ghouls entered the room from behind.
Seeing how they wore armour, they must have originally been soldiers.
The ghouls held down the struggling king.

Crawling on the carpet, the king cried.
The ghouls didn’t compete amongst themselves, they simply continued to pin him down.

Looking down at the helpless king, I told him the truth.

“I resurrected from the Valley of the Dead to bring about peace in this twisted world.”

“Lies! That’s impossible! There are countless executed people in there, but not a single one became immortal! “

The king frantically refuted.
However, such information was irrelevant.
Ignoring his words, I held out the bundle of cloth I held in one hand.

“Why did you frame us as criminals? She did not deserve to be killed. She always prayed for world peace and loved stability. She was born to become a hero.”

“That was why she was an eyesore.”

The king hung his head as he spoke in a low voice.
His shoulders trembled slightly.

“After the Demon Lord’s death, the world would change. At that time, the hero, who held too much power, would be in my way. Not only was such individual war potential unnecessary, I feared it would threaten the country.

“…So you executed her for personal gains and your own safety? “

“Ahh, that’s right! I am the king! Isn’t it your fault that you let yourselves be used thoroughly!? “
If you are reading this anywhere other than Watashi wa Sugoi Desu, this chapter is stolen. Don’t let aggregators make money off you, enjoy ad-free novels at watashi wa sugoi desu (dot) com.
Raising his head, the king burst out in laughter.
He had turned defiant.
His eyes showed hints of madness.
Faced with a hopeless situation, he had lost his senses.
He seemed to have given up on life the moment he came to know my true identity.

I turned away from the king as an unpleasant laugh filled the room.
As I prepared to let out a sigh, I remembered my body could not do so now.

“—That’s enough. I understood that very well. Shut that mouth.”

I spoke in a businesslike fashion.
Immediately afterwards, the ghouls began devouring the king.
They bit the king to shreds.
Putting in strength, they tore the king’s arms in different directions.

The king screamed in pain.
As the ghouls were pressing down on him, he could not move one inch.
He was now simply a pile of flesh, waiting to be eaten.
Just like animal feed.
The carpet laid on the floor absorbed fresh blood and turned darker.

“Y-You became the Demon Lord! I wasn’t wrong in executing you! I…for the sake of the world and my country!”

Facing me, the king said his last words.
His voice gradually turned faint, eventually erased by chewing sounds of the ghouls.

At that moment, the crown rolled under my feet.
It was stained with blood on the surface.
I picked it up and placed it on my head.
It was just a simple joke.
Such things were of no value to me.

When I looked around the room for some reason, I saw a sword hanging on the wall.
It was her sword.
It had no special abilities, but it was a famous sword that subjugated the Demon King.
Most importantly, it was now a precious memento.
I never thought I’d find it gathering dust here.

“Let me return it where it belongs. This is her sword after all.”

The moment I took the sword in my hands, a familiar sensation engulfed me.
Without ever having wielded it, I knew how to use it.
It was as if I had been using it for thousands of years.

It seemed like I had taken in her experiences too when I absorbed the miasma.
This meant that I had acquired the sword skills of a real hero.
While I thought of it to be wonderful, I was a little apprehensive of learning it at the same time.

…Let me think of this as a farewell gift from her.

I didn’t have to worry needlessly.
There was no doubt that I needed the power, so I could do nothing but make the most of it.
It would be sacrilegious to squander this away.

Having completed my mission in the capital, I moved through the blood-soaked castle.
My destination was the audience room.
I descended along the crumbling spiral staircase.

In the desolate audience room, ghouls flocked a corpse.
Judging from his clothes, he seemed to be a nobleman.
Staining his excellent clothes with flesh and blood, they devoured him single-mindedly.

Leaving them alone, I sat on the throne.
I placed her remains wrapped in cloth on my lap.
Placed inside a scabbard, the memento sword pierced through the floor.
If you are reading this anywhere other than Watashi wa Sugoi Desu, this chapter is stolen. Don’t let aggregators make money off you, enjoy ad-free novels at watashi wa sugoi desu (dot) com.
Screams of death and agony rang inside the castle.
The surviving soldiers seemed to be struggling.
They too would fall silent by the time the sun sets.

With this, the capital fell.
With the strings of fate from ten years prior severed, I could now move on to the next stage.
That is, true world peace.
Let me push forward, with this place as my base.

Gazing at the loitering skeletons and ghouls, I abruptly came to realise.

The fact that the sage who participated in the subjugation of the demon lord would become an undead and invade a human country.
I never imagined this in the past.
Life is unpredictable.

—Thus I became the new Demon Lord, establishing a kingdom of undead.

Hasr: I might not reply to comments, but I do see and appreciate them.

Also, I changed a lot of things on the site today, but the font resize finally isn’t buggy! Do tell me if you find any bugs tho. 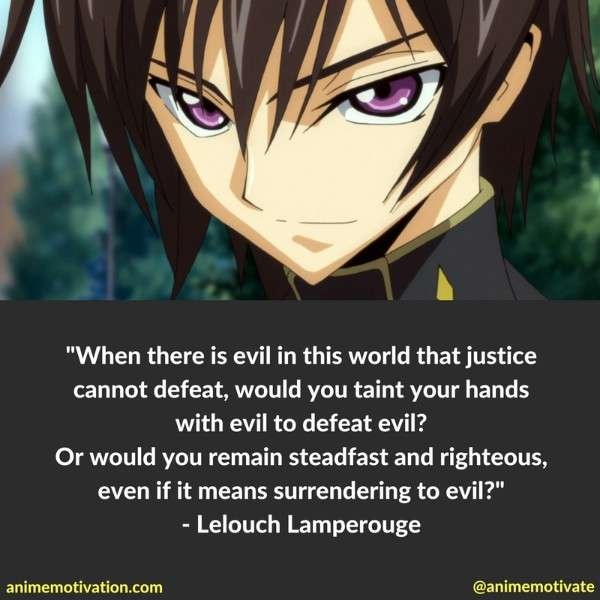 Thanks for the chapter.

Such a pleasant feeling after reading this. I hope for faster updates.

This was a nice surprise thx

Lol how is he going to reveal his thoughts on his face even if he wanted to?

Is the story going to become him unifying the countries and imposing peace by force, or will it become unification and peace through eradication of the living?

I’m thinking that he might use actual heroes like the one he loved, by making himself the villain. Or your first guess might be more on track since he mentioned her goal as being correct but not her methods.

Privacy Policy
Watashi Wa Sugoi Desu
Font Resize
Background
Accessibility by WAH
wpDiscuz
8
0
Would love your thoughts, please comment.x
()
x
| Reply
We use cookies to ensure that we give you the best experience on our website. If you continue to use this site we will assume that you are happy with it.OkNoPrivacy policy